Posted at 08:36h in Fundraising by admin 0 Comments
0 Likes 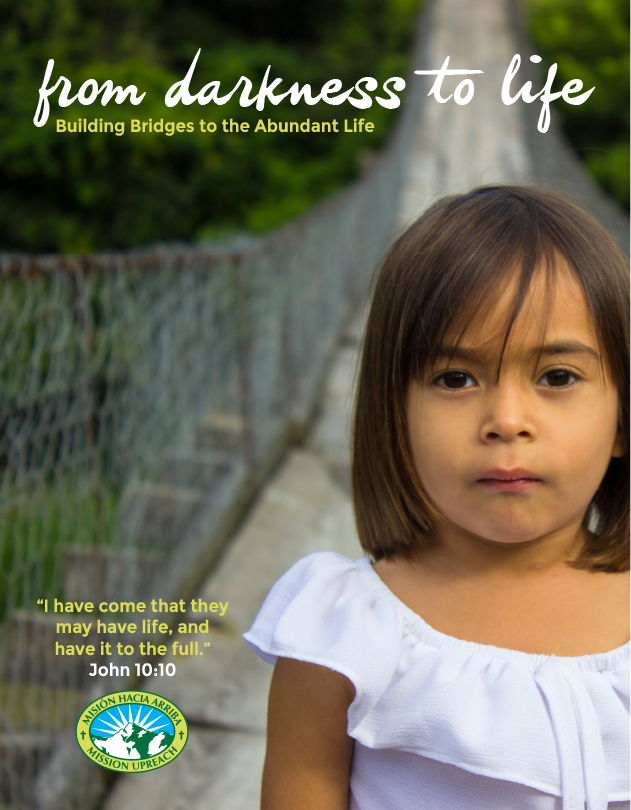 This month we are announcing the commencement of our Year-End Giving Campaign. This is an important time for us since more than 50% of our annual budget for programs and ministries is donated in the final months of the year. This year we have chosen “Bridges” for the theme of the campaign. Bridge building is a good representation of what we do here at Mission UpReach.

In order to explain what we mean we have to go back in history nearly five centuries when the Spanish Conquest of Honduras began in 1524 A.D. This was 80 years before Jamestown was founded in what is now the State of Virginia. Did you ever wonder why things turned out so different for those of us who are from the USA in contrast to those who live in Honduras? Simón Bolívar, who is known as the Great Liberator of South America for having helped most of South America gain its independence from Spain in the early 1800’s, gave an explanation from his point of view, when he said something to the effect of, “we were settled by the Conquistadors who were looking for El Dorado (the mythical lost city of Gold) whereas the US was founded by men seeking religious freedom.” Bolívar certainly had a good insight as to what possibly could explain the differences in today’s US society and economy and today’s Honduran society and economy.

Kevin H. Siepel wrote a two-volume series entitled Conquistador Voices that uses excerpts from diaries and journals of the Spanish adventurers that conquered the Americas. When you read in their own words the justifying thought and motives behind what those mercenaries perpetrated on the indigenous peoples across the American continent, you might be surprised to learn that they did it in great part in order to bring the Gospel of Jesus Christ to those “barbaric savages.” It is a fascinating read, one that you can hardly put down once you have begun it. These Conquistadors raped, murdered and pillaged their way across almost the entire continent.

This was all done in the name of the King of Spain and the Savior Jesus Christ. You and I know that what they brought to the Americas was not the pure Gospel of the Savior of the world “who being God humbled himself, taking the form of a servant and eventually dying on the cross as the propitiation for our sin.” While they introduced a distorted form of the Gospel, it was in name only. As Jesus said of the religious leaders of his day, “this people honors me with their lips but their heart is far from me,” one could also say of the Conquistadors. Why is this important you might ask? Let me explain: it is important because the legacy that these Conquistadors left behind for their descendants is being played out every day in Honduras in ways that are just as devastating as the Conquest was.

The Conquest and the subsequent years of oppression of the poor majority by the wealthy few has led to a difficult life for most people in Honduras. Mission UpReach, in a few words, is helping to build a bridge from today to a better future. We are doing that through leadership development programs that will empower a whole new generation of leaders that have the mindset of Christ. A new generation of leaders that we call the John 1010 Generation who will lead their people and their communities across bridges to places where they will experience the abundant life in Christ Jesus.

The church of Christ is central to God’s plan in empowering this generation to change their nation. Mission UpReach is preparing leaders to lead the church in their local communities as Christian men and women that know the true gospel of Jesus Christ. The gospel of forgiveness of sins, the gospel of hope for eternity that begins now in this life, and the gospel of service to others in Jesus name. I hope you will be moved to take action as you read the information that we will share with you as we roll out this year’s giving campaign. Honduras needs bridges built to a better future. The bridges built by Mission UpReach are made up of “living stones.” These living stones are young men and women that have been transformed into the kind of leaders that God can use to build an entirely new nation in Honduras. The raw material is readily available for building bridges and without these bridges the future of Honduras is as bleak and discouraging as it has been for generations.

So when you receive a package of information regarding the opportunity to participate in our 2017 Year-End Giving Campaign please spend some time in prayer about how you can participate. We need your help. You can make a difference by supporting Mission UpReach in building bridges from darkness to life. Make a donation today while these things are fresh on your mind.