Reflecting on 2017 from MUR’s Perspective

11 Dec Reflecting on 2017 from MUR’s Perspective

Posted at 14:57h in Current Events by admin 0 Comments
0 Likes 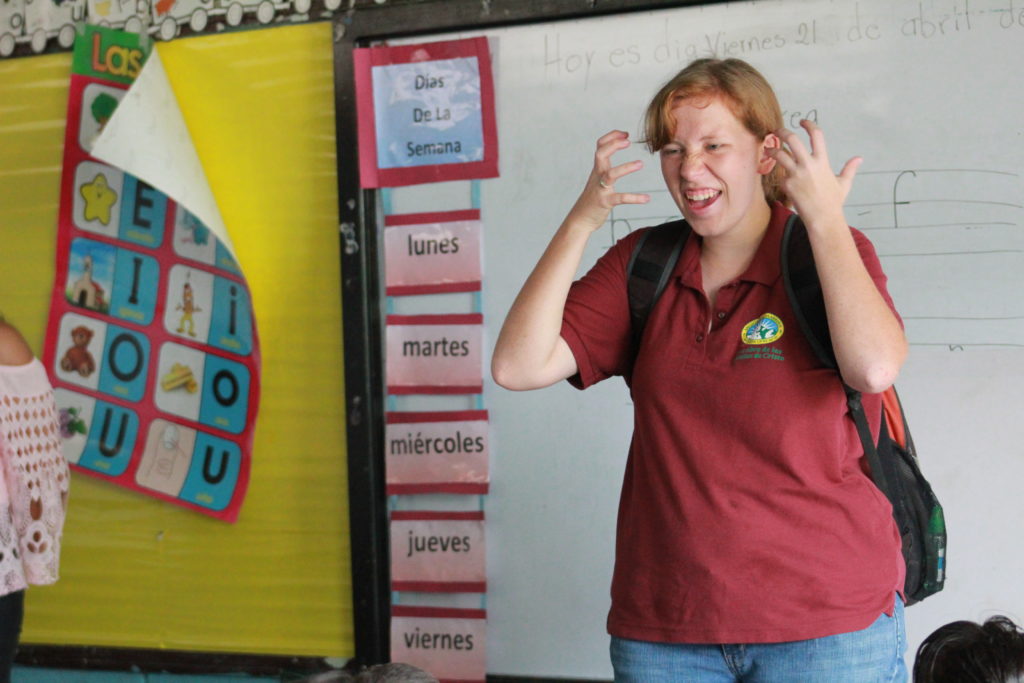 In Donna’s column, “A Note from Donna” she refers to the unrest that is presently taking place. The nuances of this situation are complex and multilayered. However, the source of contention between the National Party and the Alliance Party is that the incumbent president has traditionally been limited to one term of four years by the Honduran Constitution. Our current president, Juan Orlando Hernández, early in his term astutely appointed Supreme Court justices that favored eliminating the one term limit. Subsequently during his administration, a new law was passed and approved by the Supreme Court allowing him to run for a second term.

The election ballots have taken a very long time to count reminiscent of the 2004 election contest between George W. Bush and Al Gore. If you remember everything hung on the recount in Florida and at the end Bush was declared the winner with something like only 500 votes more than Gore. Mr. Gore did not concede until it was absolutely clear that he had lost. To his credit Mr. Gore did concede thus allowing a peaceful transition of power from one administration to another which has been our tradition since the “Revolution of 1800”, as Jefferson called it, when it occurred for the first time in our nation’s history.

The situation here in Honduras is that the margin by which the incumbent has won is only 50,000 votes out of 3,000,000 votes that were cast. The losing candidate refuses to concede and sites the Honduran constitution that states that the president is limited to one term and that the only way that provision can be changed is by a public referendum. Hence, the unrest and dissention.

The current situation serves to telegraph to the rest of the world a modicum of truth about what life is like for the average Honduran. It is in most cases a hard life without many of the opportunities and resources that we in the United States often take for granted. The average wage earned in our region of western Honduras is less than $2.00 USD per day. And it is not really that much cheaper to live here than in the United States. For instance, we pay more for gasoline, more for electricity, more for car parts, more for many imported food items. Cement cost more per bag here than in the US and rebar (the steel that goes into concrete when you are building structures out of brick, block and concrete) costs more because it is all imported. About the only thing that is really cheaper here than in the US economy is labor which when adjusted for lack of mechanization is about 30% to 50% of what it is in the US. These two realities help to create a hardworking, very poor class of people which the majority of Hondurans fall into.

These realities are some of things that we contend with while laboring alongside of our Honduran team mates. The people we minister too are poor as well. In spite of these and other challenges though this year has been an unqualified success in our minds.

This year, for instance, we opened a school for the deaf. When we began the year we didn’t even have one cent of financial support but by the end of July the year was fully funded. I wish you could have been there at the graduation of 9 adults who had successfully completed the first grade. Before they began the first grade with us they could not read or write and didn’t know how to add or subtract. Many of them didn’t even know sign language having only communicated with their family members and friends via signs that resembled a game of charades more than sign language.

We saw other areas of success as well. This year we opened two satellite schools for our two year Bible training program which we call CRESCO. One of those was a school in El Salvador meaning that we have extended our program internationally in addition to expanding in our theatre of operations in western Honduras. It appears that next year, 2018, we will have two satellite schools in EL Salvador and one in Guatemala in addition to the main campus in Santa Rosa de Copán and another in the Department of La Paz, Honduras. This program is the main “vehicle” whereby we plan to train new teams of church leaders that can plant new churches that are self-directed, self-replicating and self-sustaining. To achieve our dream of planting 1010 churches in the next twenty years we need to graduate something like 4,000 to 5,000 men and women from this program. To date we have helped plant 23 self-directed, self-replicating, self-sustaining churches. In 2018 we believe we will see at least one more of these churches planted in the town of Corquín which is about an hour away from Santa Rosa where Mission UpReach is located.

This year too, after working and dreaming for 8 years, we were successful in getting our water well drilling rig and the accompanying equipment here from the US. We were also successful in recruiting Jason Simpson, who in my opinion is a mechanical genius, to bring his family to live and work in Santa Rosa so that we could get our water well drilling ministry up and running. As of the writing of this newsletter Jason is drilling our first water well out at our Moses Project. Having the equipment and qualified personnel like Jason to run it and train our Honduran employees in how to drill water wells is an incredible accomplishment.

I could go on and on about the many things that we have seen God bless our ministry with during 2017 but the space here just won’t allow it. I do however want to tell you about the incredible strides in progress that our Moses Project has made. If you will remember the Moses Project is a residential program for young men from 12 to 19 years old. These young men come from poor families in the region that do not have the resources to allow their sons to continue their education beyond the 6th grade. We presently have 46 boys in the program. This year we made a change in Directors of the project. Jon Stacy, a fellow missionary who has been with us since 2011, accepted the position of Director of the Moses Project. We also moved one of our evangelist and his wife in to an apartment that we have in the dormitory. The combination of Jon’s leadership and Juan Carlos de los Santos spiritual mentoring for the boys has been impressive. Almost immediately we saw 7 boys make Jesus their Lord and were baptized. These boys are future church planters in our vision because when they go back to their villages with a formal education and Biblical and spiritual training they will be equipped to start a house church in their home towns. 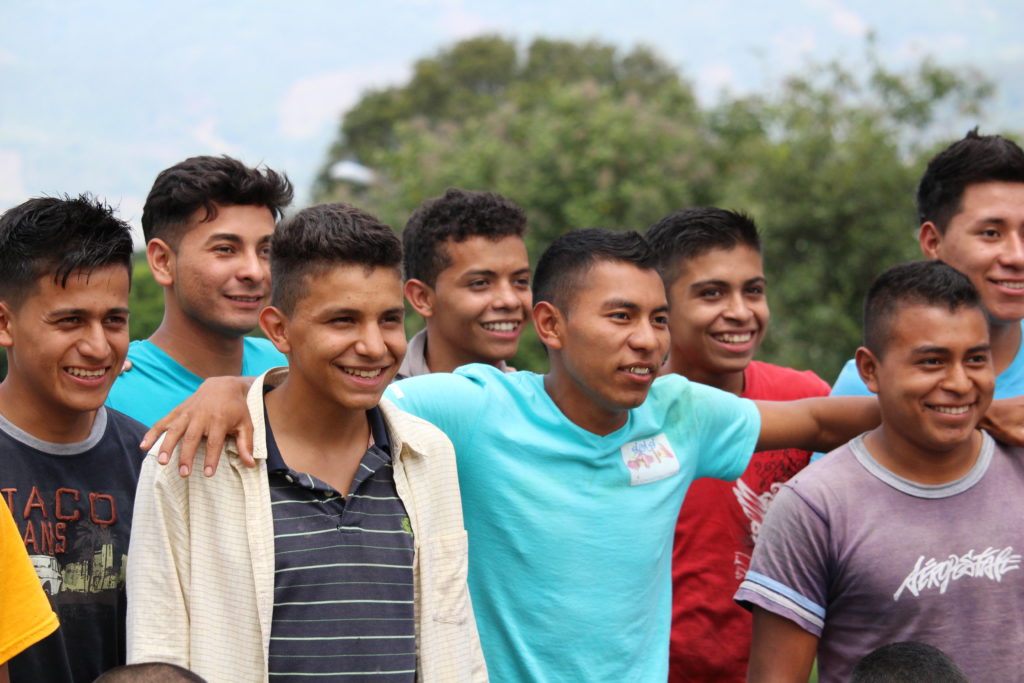 The Moses Project to date is developing 66 acres of coffee along with 8 growing ponds filled with Tilapia. In addition, this year we received a grant that has allowed us to begin construction on a 60,000 broiler chicken operation. All of these agri-businesses serve to train our young men in the latest agricultural business opportunities. In addition, by 2020 we believe that these businesses will supply enough income to support the full cost of the running the Moses Project. It is not often that we as missionaries can start a program and see it become self-funding but in this case the Moses Project is well on its way to becoming a sustainable ministry from the sale of coffee, chickens and Tilapia.

Please keep Mission UpReach and our team members in your prayers. And pray for Honduras. Pray that their will be peace in the land and that the Gospel of Jesus Christ will permeate the hearts of thousands who are living lives without hope of something better.