“Recent open-borders immigration policy and talk of potential amnesty has predictably resulted in a dramatic rise in unaccompanied children risking their lives to enter the United States across our southern border. Parents are paying murderous drug cartels thousands of dollars to smuggle their children across the border. …… We’ve also seen children being ‘rented’ and ‘recycled’ across the border several times to help adult males gain easier entry into the U.S. by claiming that the children are their own.”

In our previous two articles on this theme, we cited other experts and sources that corroborate what Ms. James says here. In fact, at the end of Part Two we asked you to be thinking about two questions, “1) Why do you think that the 545 children that President Joe Biden talked about during the final Presidential debate were not reunited with their parents at the border? And 2) Is the illegal immigrant’s desire for a ‘better life’ enough of a reason to justify that the US open its borders to any and all comers?”

Question number 1 is less of a qualitative question than a straight-forward question of logic. The question begs… if your child was on the border in a detention center, wouldn’t you do everything in your power to find them and recover them? And another question along the same line is… if there were 545 children belonging to US parents that were being held in detention centers on the border of Guatemala and Honduras, wouldn’t the US Government do everything in their power to get those children home? Where are their parents? Where is the Honduran government or the government of El Salvador? Why aren’t they clamoring for those children to be returned to them? I am sure that the answer is not simple, but one likely reason could be that those children were used as “passports” to gain entrance into the country by someone who is not their parent. 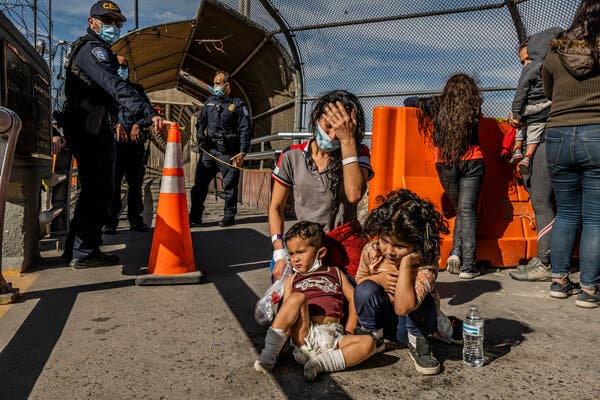 Our second question was, “Is it worth it to have a better life?” This can best be answered by the following “real-life” story. A beautiful young woman that we know is presently in the States illegally. Back during the days of “catch and release,” she heard that all one had to do was show up at the border with a minor child and they could gain entrance into the country. She quit her job, borrowed $7,500 USD from her in-laws and paid a coyote to drive her to the Texas border. In less than one week’s time, she was in Atlanta, Georgia. It has now been a couple of years since she left. She told her parents the other day on the phone that everything that everyone says about a “better life” in the US is a lie. She said she is currently working 60 hours per week and that she spends all of her money on food for herself and her little girl. “Food and rent costs are so high,” she said, “that there is little to nothing left over.”

What do you think after hearing her story? Is it worth it to leave your family and your home and risk being raped or kidnapped along the way (which is a common occurrence for single women on the trek north) only to arrive in the US and have to live with the fear of deportation? And then on top of that having to work 60 hours per week just to provide food, clothing and shelter for you and your child? This young lady told her mom and dad that it isn’t worth it in the least.

At Mission UpReach we are striving to provide opportunities for employment as well as urging people to let go of the very tempting illusion of prosperity that leads to abandoning their families and instead cling to Jehovah God, their ultimate provider who honors those who put their families ahead of prosperity.  It’s a challenging situation for us here and we appreciate your on-going support and prayers as we seek to make a difference where we are planted.