Posted at 08:11h in Church Planting by admin 0 Comments
0 Likes 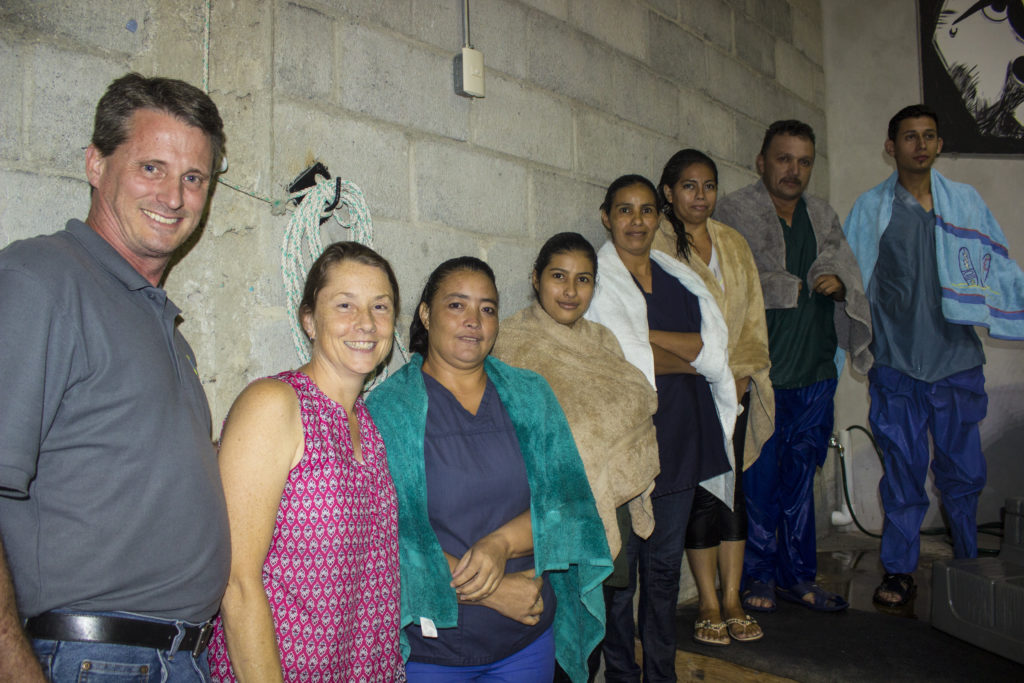 You have probably heard us talk about Corquín. The small town about 45 minutes from Santa Rosa has been a popular topic of discussion for some time now. Corquín has made its way into the forefront of our social media and print communications because of the incredible success and growth that is happening.

It all began with a couple named Tito and Irma who wanted to study the Bible. Phil and some of the Church planting team would travel out to Corquín once a week and have a time of study and fellowship with Tito and Irma. About a year ago, Mike and Kris Bridges, along with their daughter Kaylee, moved to Corquín to help build on the seeds that had been planted there. Each week a small group, including Tito and Irma, loaded up on a Mission UpReach minibus and headed to Santa Rosa for Sunday worship. The Corquín group soon faced an amazing problem: there was no longer enough space on the small bus. Mission UpReach then sent a much larger bus to accommodate the new people attending on Sunday’s, but the roomy bus only stayed that way for a week; once again, the bus had filled up.

This amazing outpouring of people can be credited first, to God’s mighty hand, and second, to a targeted, multifaceted approach to evangelism in Corquín. The different facets include the Bridges’ tireless efforts to evangelize, along with the help of two young AIM volunteers, the DESEO team working in the schools once a week, and the Church Planting team visiting on a regular basis for a mid-week service and evangelism.

To date, 14 people have been baptized from Corquín, including Irma and Tito, and their son, Michael. Another couple from Corquín who were baptized, Toñito and Elena, are the parents of one of the Moses Project boys. They began going to church because it allowed them to see their son each Sunday. Elena had gone to a church many years ago, but Toñito had not and had no interest in learning about the Bible. However, both Toñito and Elena continued attending church and eventually agreed to study the Bible once a week. As each week progressed their hearts were moved, until they finally obeyed the Gospel.

The work in Corquín continues to grow, and eventually a Church will be established there, not because they will no longer be welcome in Santa Rosa, but because soon, there won’t be enough buses to bring them all.