Parading the Streets of Santa Rosa

Posted at 08:07h in DESEO, ESPERO, The Moses Project by admin 0 Comments
0 Likes 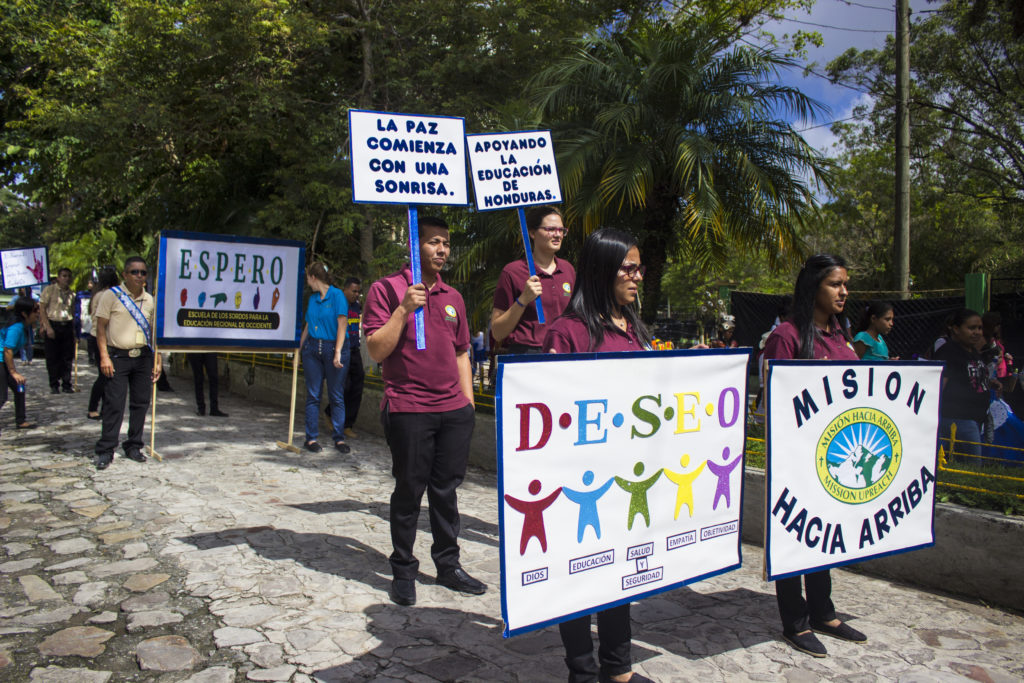 Each year in September, Santa Rosa de Copán hosts a series of parades. In the US, parades are much less common, but in Honduras, parade season lasts two or three weeks. It all starts with a car show of around 40 very nice cars parading down the cobblestoned streets of downtown Santa Rosa.

A few days later, the agricultural parade begins, where horses and their riders flood the streets in celebration of the long history of agriculture in Honduras. Finally, all the local schools parade through the streets. With over 22 schools in Santa Rosa, (not including the schools from the surrounding villages) you can imagine the time it would take for select members of each school to walk from one end of the city, to the other. The schools are split up over four days so that everyone gets a chance to be in the parade.

This year, our DESEO team, along with ESPERO (the school for the Deaf) were invited to parade on the final day. During parade season, whichever group is in central park at 12:00 sings the national anthem for the Mayor. It just so happened that our DESEO team was passing exactly at 12:00 and sang the national anthem for hundreds of locals. Parade season in Honduras is full of traditions, culture, and heritage. And this year, our DESEO team and ESPERO school got to be in the middle of it all. 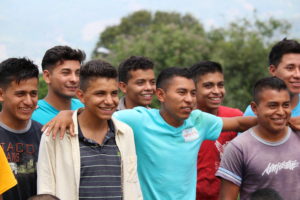 While many kids involved in either our Basketball, Tutoring, or Choir programs participated in the parade, we are most proud of the Moses Project boys. Ten boys from The Moses Project were chosen by their high school to be in the parade due to their academic excellence.

A day in the life of one of these boys is far from relaxing. Every day they get up at 6:00 am for a 30-minute devotional. Then, after a quick breakfast, they immediately head out to complete their various tasks for the day. Whether it’s collecting eggs, planting coffee, or feeding fish, these boys are working all day until they go to school at night. The fact that all of our boys are able to maintain this schedule and still get good grades is impressive. But for the ten to be awarded academic excellence is a huge honor.

We are very proud of these boys and inspired by their determination. We know that the will make great leaders in The John 1010 Generation.