Posted at 10:46h in Sustainability by admin 0 Comments
0 Likes 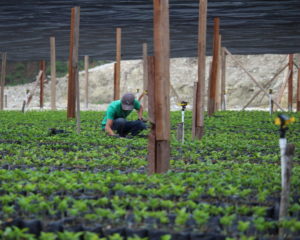 In 2017 a Jesuit-affiliated research group located in Honduras published the results of a research project that stated that “Hondurans immigrate to the U.S. largely for economic reasons and not to flee violence.” Will Racke, in his article on dailycaller.com, quotes the research and says, “Of the respondents to the survey that had a family member who had emigrated from Honduras in the last four years, 83 percent said that the relative did so due to underemployment or a lack of economic opportunity. By contrast only 11 percent left due to violence and insecurity…. this calls into question the claims by many prominent groups that Honduran migrants have no choice but to come to the U.S. because of rampant violence at home.”

Here at Mission UpReach, with our headquarters in Santa Rosa de Copán, Honduras, we see and hear things that make us think that Mr. Racke has it right. That is one of the reasons that we have invested so heavily in our Moses Project ag businesses like our Subida Coffee program. Our young men in the program are getting an education while being taught the Bible but at the same time they are working in agricultural businesses. They are learning how to become business owners and operators which is half of the battle stemming the tide of illegal immigrants risking life and limb to get to the U.S. for economic opportunity. Robert Lupton, author of Toxic Charity, says there are three things that need to be present for a community to grow its way out of poverty. His three things are: 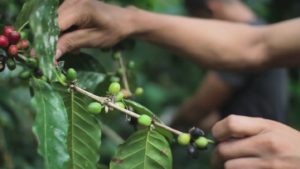 If we want to bless the country of Honduras with men who have the ability to support their wives and children and also become leaders that bless the community not abandon it; we need to not only train young men like the boys in the Moses Project, but we need to fund the startup of their small businesses back home in their villages as well. All the skills in the world don’t really help you start a business if you don’t have capital. They call this micro-finance. The B.E. Journal of Macroeconomics found that micro-finance not only reduces how many households live in poverty but also how poor they are. The greatest tool to preventing the deluge of men leaving Honduras and seeking to enter the U.S. illegally is to help them start businesses that allow them to support their families at home.