Biblically Trained Men Who Support Their Families While Leading Churches 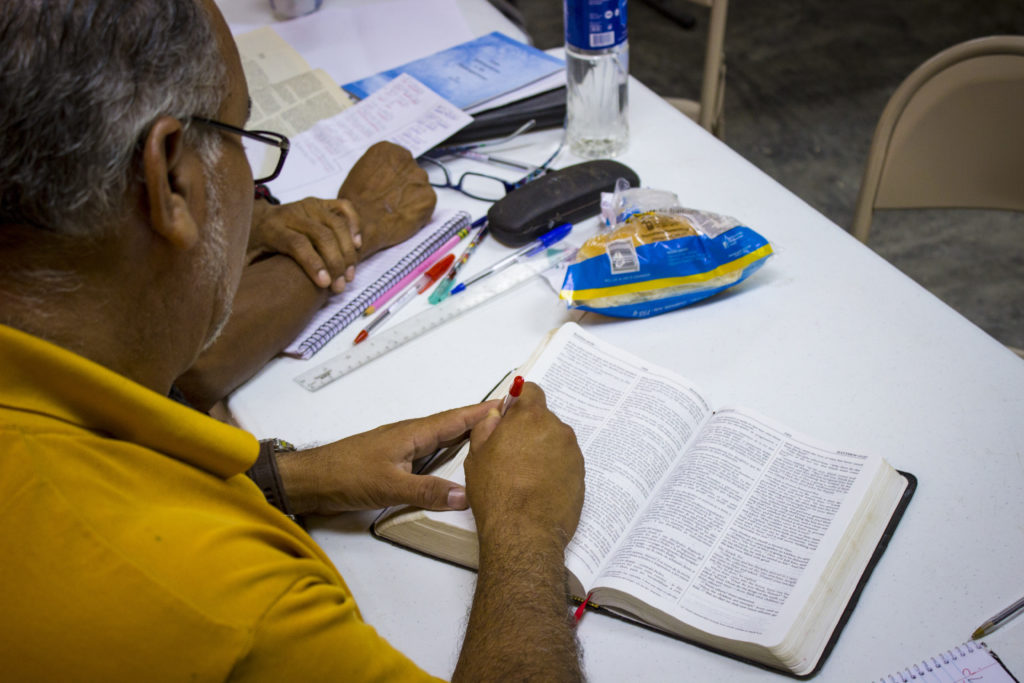 Here at Mission UpReach, in the context of church planting, one of the principals that we have grown to appreciate is that; Biblically trained men still need to learn how to work and support their families without depending on long term financial support from the US.

While not all men who labor for churches in communities in Latin America need to be vocational ministers, there is no way that we can reach the millions of people in Latin America (650 million in total population) using the model that has been used traditionally. This model involves a man or a small team of men who are fully supported by US, outside funds. The solution to planting “one church in each village in this generation” is for the churches, in large part, to be self-led, selfsustaining and self-replicating. Here is a “real-life” example.

It’s the case of Dionisio, a “sideline” Christian who was transformed into an active laborer in the Lord’s kingdom: Dionisio Sánchez and his wife, Sandra Lopez, live in El Salvador with their 5 children. He is a bricklayer and mason, and a full-time preacher of the Gospel.

Dionisio’s formation as a self-supporting, church planter and Director of a CRESCO satellite school began in October of 2015 when he received an invitation to travel to Santa Rosa de Copán, Honduras to study in CREO. CREO is MUR’s Boot Camp Leadership Training Program that consists of 6 one-week modules that are taught in an intensive format. It is called Boot Camp because the concept behind the course is, “basic training.”

By the time that Dionisio attended his first 1-week intensive he had been a Christian for 7 years. And in spite of the fact that he attended his local church faithfully he was not yet involved in any ministry nor had he received any kind of ministerial training. In 2016 he graduated from our CREO program. Upon graduating Dionisio began working in his local congregation preaching, teaching and restoring members that had fallen away.

In December of 2016, Dionisio’s mother-in-law became gravely ill which obligated the family to move 120 km away. This community, Haciena Montepeque, Sushitoto, El Salvador, did not have a congregation of the Church of Christ. Thanks to his preparation in CREO, Dionisio knew the Lord was calling him to begin a work in this community. With his family in tow, he began to visit his neighbors, resulting in a new congregation in his mother-in-law’s house.

As busy as Dionisio was at the time, working long hours as a mason and bricklayer, studying with others and preparing sermons for Sunday; he was hungrier than ever for more knowledge and more preparation in Kingdom business. So, in 2017, he eagerly accepted when he and some others were invited by MUR staff to participate in a condensed, intensive version of CRESCO that would compress the normal two-year curriculum into a 1-year format.

The CRESCO training was difficult for him. In order to attend the intensives, he had to give up the better part of two weeks’ worth of income each month. Upon graduating, beyond serving as a bi-vocational evangelist, Dionisio took on a new role and opened up a CRESCO satellite school in El Salvador. This self-sustaining Bible school only receives logistical and spiritual support from MUR’s church planting team. At present there are six students in Dionisio’s school.

In Matthew 9:37,38, Jesus says, “the harvest is plentiful therefore ask the Lord of harvest to send out reapers into the harvest”. Are you praying that? According to Jesus, there are lots men and women who are like Cornelius in Acts chapter 10. The problem, according to Jesus, is not that there are no people of peace who are ready to respond to the Gospel but rather that there are not enough of people willing and able to share the Gospel with all of those who will respond once they hear it.

Please pray for Dionisio. And pray that God will bless Mission UpReach’s efforts to produce men and women by the thousands who can be bi-vocational ministers to reap the harvest that the Lord has already prepared.