The Moses Project: Part of the Fight Against Generational Poverty

08 Nov The Moses Project: Part of the Fight Against Generational Poverty

Posted at 15:36h in The Moses Project by admin 0 Comments
0 Likes 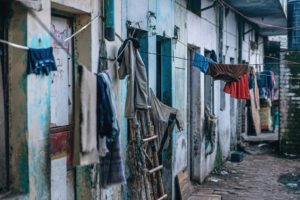 An article published in the European Journal of Educational Research highlights the concerning level of school dropouts in Central America. The authors state, “school dropout is a growing concern in Central America, and in Latin America as a whole, because of its consequences or economic productivity, the inclusiveness of growth, social cohesion, and increasing youth risks” (Adelman, Székely, 2017, pg. 235). Based on surveys done in Honduras (circa 2013), the authors report that of youth between the ages of 15 to 17 (of those surveyed), only 27% were enrolled in high school (Adelman, Székely, 2017). The authors of this article recognize the damage caused when students decide to drop out of school. Here at Mission UpReach we see first-hand the harm caused by lack of education and educational opportunities. Not just that, but the Honduran people face a daily, uphill battle against countless corrupt or damaged social institutions. A present plague of Honduras is generational poverty, which won’t easily relinquish its hold.

In response, Mission UpReach, with every activity and work, fights generational poverty in the name of Jesus. This goal and the mission are evident in the Moses Project, our 120- acre commercial farm and agriculture training center. Countless young men are gaining the much needed tools to pull themselves out of the generational poverty in which their families are trapped.

One such young man is Erlin Ramos, who grew up in a very poor family. Erlin’s father worked as a tenant farmer and their whole family lived in part of a warehouse that belong to the owner of the farm. When Erlin was seven, they finally moved into a house his father built, where they lived for multiple years before the house even had electricity. Erlin’s path as a struggling farmer was fairly concrete. When he turned 16, his father stopped paying for his education because of the insecurity of his income and the resulting eventuality that Erlin would have to stop studying before he finished high school. So, rather than begin a path that could end unfinished, Erlin began working. A year later he heard about the Moses Project and recognized the opportunity it represented. After an interview process, Erlin was accepted into the program where he is now thriving. When asked why he went to the project, Erlin says it was because he wanted to be someone. He wanted a chance to better himself, to be the first to graduate high school in his family, because he knew the path, he was on was not for him.

Through spiritual, educational and agriscience training, young men just like Erlin are being equipped to confront generational poverty. Erlin is now well on his way to completing his high school education and credits the Moses Project not only with teaching him new aspects of agriculture, but also for inspiring in him a deeper relationship with God, and a healthier and happier relationship with his family. Erlin is currently thinking about what is next for him when he completes his time at the Moses Project. Right now, he is wrestling with whether or not he should study at a University level or return to his community to help spread the good news of Jesus Christ. While Erlin may not know what decision to make, we know he is now equipped and ready to thrive, regardless of the path he chooses. The attitude Erlin now has is what Honduras needs; young men and women who are looking ahead and asking: what’s next? Honduras needs a new generation that is willing to dream and willing to take risks, knowing they are prepared; that is a generation that will inspire a renewed commitment to education, and a renewed energy for defeating generational poverty.