Posted at 10:23h in DESEO, The Moses Project by admin 0 Comments
0 Likes 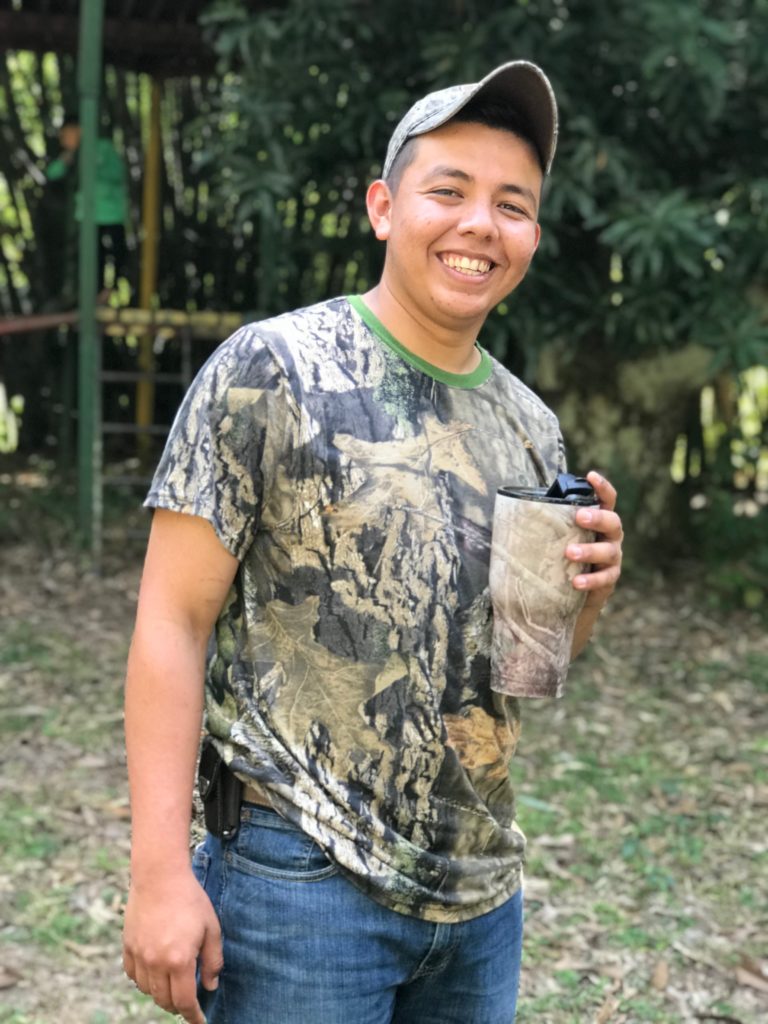 At 16-years-old, with one best-friend murdered and another in jail on drug charges, Hector began to realize that he wouldn’t last long on his current path. Hector started drinking, skipping school, and smoking marijuana with his friends when he was only 13 years old. Hector’s father decided to abandon the family emotionally, which included withdrawal of any financial
support, refusal of interaction, and unfaithfulness to his wife. He continued to live at the house and when he returned each night, he would eat the food in the refrigerator, turn on the television, and sleep in his own room. Hector didn’t like spending time in his home so he would choose to spend his time with friends, mostly getting high. When he was 14, Hector was recruited into a gang. The gang offered a sense of belonging, protection, and family; something he was longing for but couldn’t get at home. Hector would attend soccer games in Tegucigalpa, where many times violence would break out between the gang members
and other fans. Hector recalls his time spent with the gang stating, “They made us do a lot of things, like beat up rival gang members, rob people to collect money, and even deliver drugs. My life was in shambles; I just didn’t know it yet. I was still having problems with my family so I just kept seeking acceptance and comfort in my friends and in drugs.”

When Hector was 16, his best friend was kidnapped by a rival gang, tortured for five days, and ultimately murdered. Within the week, a different friend of Hector’s was arrested for possession of drugs with the intent to resell and is still serving time in prison. Hector quickly realized that the world of gangs, drugs, and alcohol only had two outcomes: prison or death. While he couldn’t cut ties completely with the gang, he started focusing on his schooling, which he used as an excuse to skip out on gang-related activities. He was now in high school and started making new friends outside of his gang family. Two of his new friends, Cesar and Franklin, began inviting him to an exciting new youth group on Saturday nights at a local church of Christ. Franklin lived at the Moses Project and Cesar had just started attending church with his sister Sarahi. Hector talks about the impact that his first night at youth group had on his life saying, “That first Saturday night I felt completely free to be myself. I felt like I had finally found the community and acceptance that I had been longing for; I wanted to be a part of this family. Little by little, I started leaving toxic friendships behind and started attending worship services as well as youth group. I started to truly understand the love of God and the true purpose that He has for my life.”

Hector was soon baptized and offered a temporary job at the Moses Project in 2016. After seeing Hector’s work ethic and hearing a little bit of his story, he was placed on the DESEO team in 2017. The now 21-year-old, hardworking, passionate, role-model today is a testament to how God can work in someone’s life. Hector says, “Thanks to God I have been able to leave my old life completely behind. The people who helped me, the church, and of course the various programs of MUR, were all fundamental in establishing and fortifying my faith. The advice and Bible classes given by the North American missionaries, the Bible Bootcamps at CREO, and the service I get to be a part of with DESEO have all allowed me to feel like I belong to a real family; one with unconditional love.” Hector loves working with DESEO and would like to continue working while he finishes his education at the local university. Hector enjoys hunting, hiking, and serving. In 5 years, he would love to have his own little coffee farm. “God’s love is so immense and powerful that it can transform anyone’s life no matter how lost they are. The world offers things the easy way, but God is the one who will truly edify our lives.”