Posted at 12:59h in Uncategorized by admin 0 Comments
0 Likes 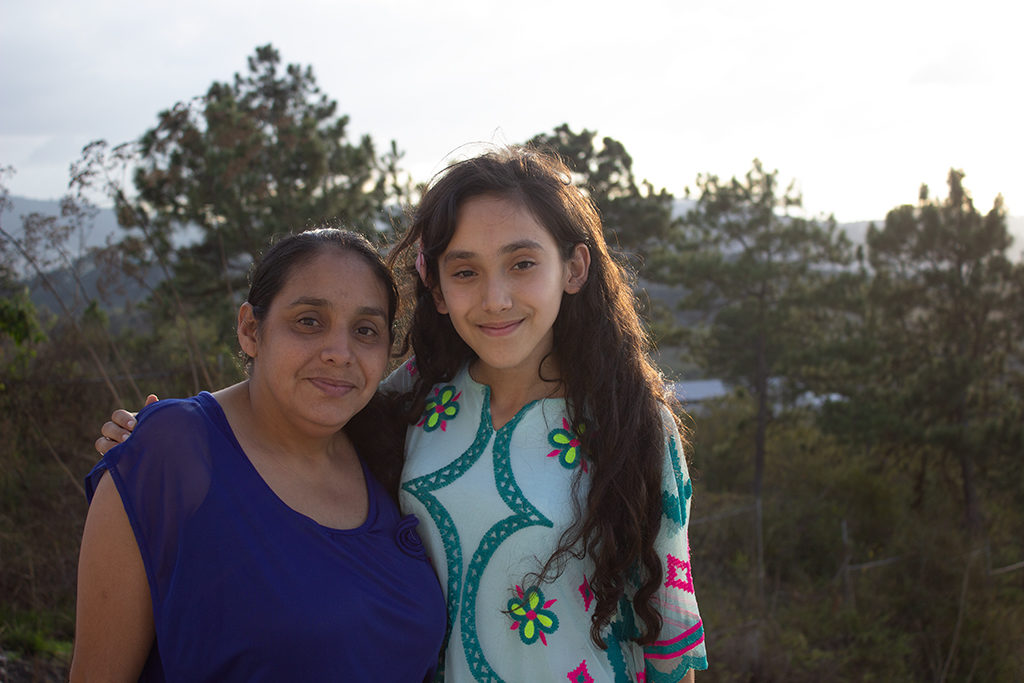 Osiris was born and raised in Santa Rosa de Copán. Born to a single mother who had developmental challenges, she was raised by her maternal grandmother. In her home, there was discord and a lack of support and love. Osiris mostly felt like a burden and worked overtime to please her grandmother, hoping for some affirmation. Affection was almost completely absent. Correction and discipline came in the form of physical abuse. When Osiris developed asthma, she was often physically punished for her uncontrolled cough and sent outside so that she would not be heard by her family. The neglect of her asthma resulted in permanent damage and on-going respiratory issues in her adulthood. The poverty in her family coupled with the fact that she had no one striving for her good led to Osiris dropping out of school after the 6th grade. She did learn the value of hard work in her home though, often assigned the tasks of cooking and cleaning for the family. Osiris worked and took responsibility for her own financial needs from the age of 16 on. She followed the path of almost all of her female family members and became a single mother at age 21.

When she was 18 years old, she heard that the world was coming to an end. She wanted to find someone to baptize her because even though she was born into a Catholic family, they didn’t baptize her like most catholic children, and she recognized the importance of baptism. Around that same time, her cousin was invited to an evangelistic campaign and invited Osiris to join her. After hearing the Good News, Osiris was baptized and began her faith journey. Like many, the demands of work and providing for her daughter served as a distraction and her church attendance dropped, resulting in a lack of spiritual growth. A bout with pneumonia that almost took her life was her wakeup call and she returned to God and the church.

Osiris first encountered Phil and Donna Waldron in 2009 when they moved to Santa Rosa and started working with the church that she was attending. Donna invited Osiris to join the teaching team for Sunday school, which opened her eyes to her ability to not only teach children, but to also grow and learn herself. Her confidence began to grow and that, combined with a level of financial stability, inspired her to study in and graduate from the CRESCO program (a two-year Saturday school in basic Bible training and leadership development). Osiris found herself pleasantly surprised in her ability to learn and was inspired to return to weekend school for adults to finish her junior high and high school education. Lord willing, she will graduate from High School this year. Her future plans and wishes include studying law on the University level. Osiris has sacrificed and worked hard to give her daughter Heyli, now 14 years old, stability and the ability to finish her education, something she was not given.

When asked about her relationship with God and the changes she’s experienced, Osiris says, “Knowing the Lord has really changed my life direction. The past 3 years have been incredible. First, I am alive in spite of my illness, I have a job, and I am studying. The Lord has helped me grow closer to my family and I have a new family in Christ that loves and supports me. I am so thankful for Mission UpReach and those who have come to serve here in my country. My encounter with them has changed my life and provided opportunities that I would not otherwise have had. The Waldron’s allowed me and my daughter to move into an apartment attached to the mission office as well giving me a job. This stability has opened doors for me to change by God’s power. I am not the same person as before and me and my daughter are forever blessed. One of my goals is to help young women make good decisions for their future and help them avoid the consequences of a life-time of bad choices, as so many have done for me.”