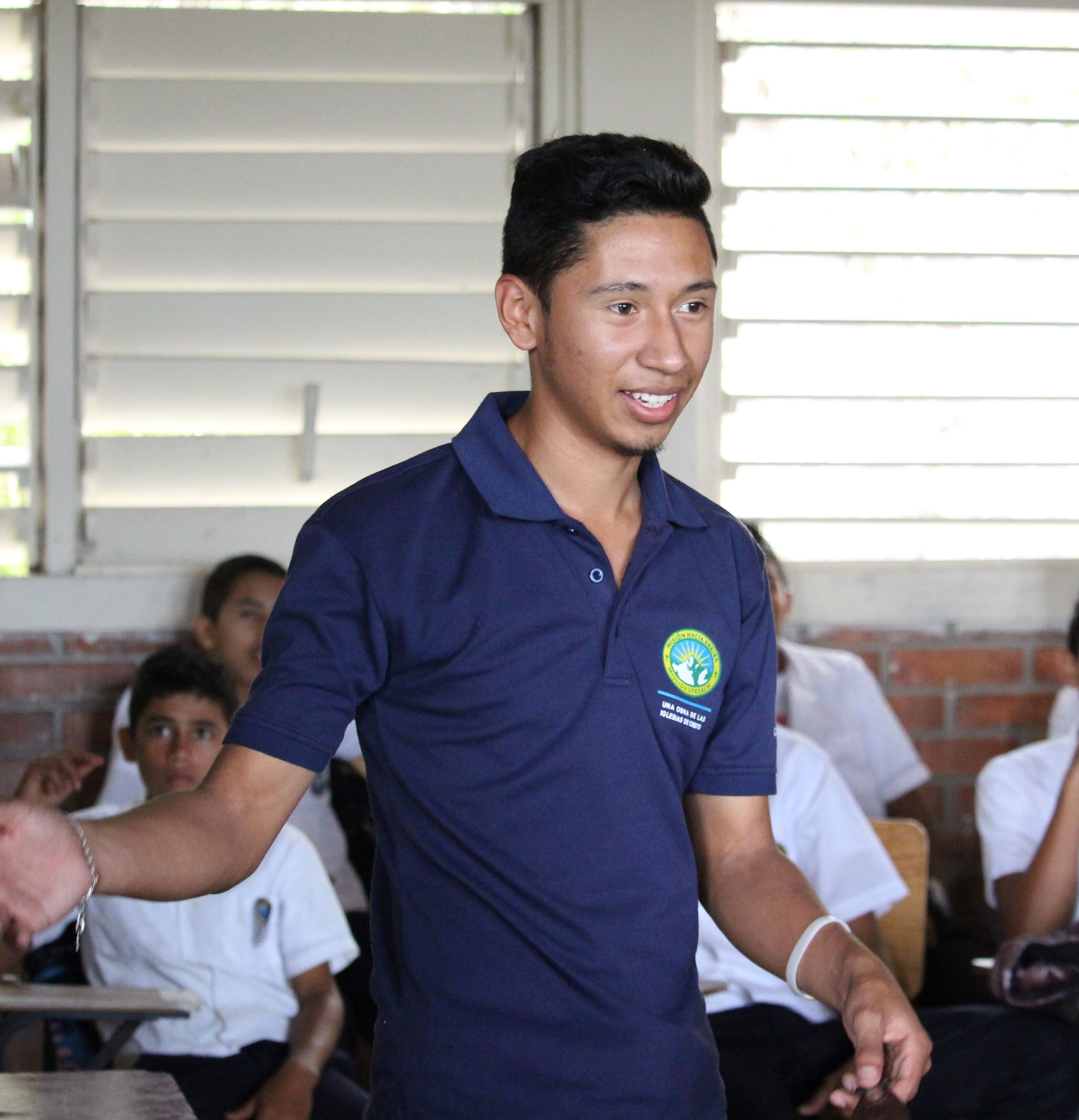 When Carlos was 15 years old, DESEO came to his school with an invitation to join a newly formed after school basketball league. Being athletic and very social, Carlos decided to join the league. Carlos’ love of sports, especially soccer, motivated him to learn how to play basketball. Not only did he excel at it, but he became an obvious leader on the court. Carlos was invited to a youth retreat with the local church of Christ and made a decision to be baptized at the retreat. Carlos demonstrated from the beginning his love for the Lord and his desire to grow as a Christian leader.

When the DESEO program decided to recruit some of the younger talent to help with their basketball leagues for younger children, Carlos was their #1 pick. He began working with DESEO part time in 2013 and in time was asked to join the DESEO team full time. His work ethic and talents eventually led to Carlos heading up the afternoon basketball league. After working with DESEO for several years, Carlos was offered a position with the Mission UpReach church planting team. Carlos spent the previous years studying in our Boot Camp program as well as graduating from our CRESCO program.

His passion for bringing others to Christ and his growing leadership within the local church exemplify the final product of the various ministries and programs MUR has implemented over the past 10 years.

In 2019, a position opened up in the MUR accounting department. Carlos eagerly accepted the change, seeing it as an opportunity to grow and expand professionally. Having young men of high integrity with a desire to grow and learn are the key to growth for Mission UpReach. But the more important characteristic of Carlos is his passion for all things related to God and his church. Carlos sees himself as a leader in the making. His goal is to lead and serve in the church while motivating and inspiring others to do the same.

Carlos is very similar to so many of the young men and women we encounter here in Santa Rosa de Copán. His family suffered intensely with the lack of opportunities, which lead to extreme poverty. At one point, Carlos’ dad considered suicide as an option because of the oppression of their financial situation. Coming into contact with the church and God’s people through DESEO gave Carlos opportunities to develop and grow. He is now able to support himself through his job with MUR while studying on the university level.

When asked what he thinks about the call of Christ on the lives of people, Carlos said, “I am convinced that each human has a call from God, but hearing that call depends on each individual. God does his part, but we must do our part in answering that call and allowing the Lord to lead us.”

Mission UpReach has as one of its many goals, to provide more opportunities to others like Carlos. The opportunity is multi-faceted and complex and includes not only bringing more young men and women to Christ, but also providing opportunities to come out of the oppressive situations in which so many find themselves.