Posted at 08:38h in Current Events by admin 0 Comments
0 Likes 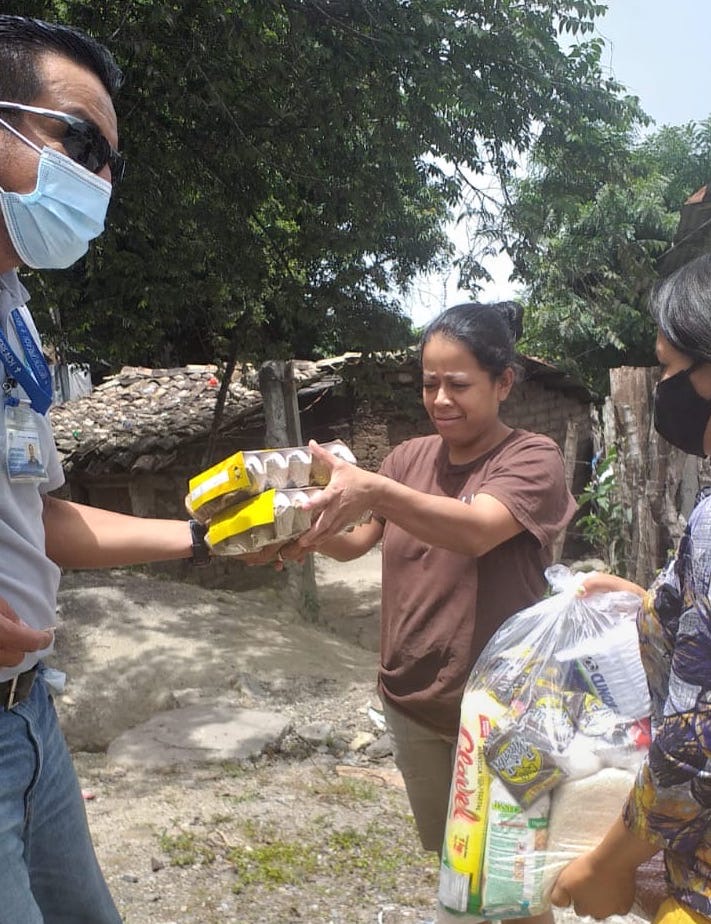 “In the midst of a very severe trial, their overflowing joy and their extreme poverty welled up in rich generosity.” -2 Corinthians 8:2

This verse came alive for the Iglesia de Cristo en Barrio Belén when COVID-19 brought the Honduran economy to a screeching halt and stressed and already overstretched economy. No working. No public transportation. No going to the store except for once every 15 days. The brothers and sisters at the Barrio Belén congregation were able to provide food bags to all the families that attend church as well as for all the students who attend the ESPERO school, which is a school for the hearing impaired. All told, this congregation, in the middle of the greatest economic crisis in the last decade, was able to pull together a little over $1,600 dollars to purchase and distribute these bags of blessings to over 100 families. Those 1,600 dollars represent more than a year’s salary to many Hondurans.

The Dewey congregation recently just donated $3,000 for food relief. The elders and deacons of the Belén congregation raised another $800, and the staff of Mission UpReach donated another $1,100 towards the effort. Overall, God has used the brothers and sisters of Dewey and Barrio Belén to give $4,900 to be used to bless the Honduran citizens in a real way! Praise and glory be to God who works all things for the good of those who love him and are called according to his purpose! This is a time for the church to be salt and light in a time of darkness and despair.

Would you be willing to ask your church to do something similar? The needs are growing daily with no end in sight.