Redefining Who We Are

07 Aug Redefining Who We Are

Posted at 09:14h in Uncategorized by admin 0 Comments
0 Likes

Now is cause for reflection. This year will mark the first year I have not been to Honduras since 2012. I have been to Honduras with Mission UpReach in some capacity on 14 different occasions in the last 8 years. My family has been to Honduras every year since 2015. In America, we tend to focus on what we do as our identity. When you go to an event with multiple new people, after someone asks your name the next most likely question is, “What do you do?” For years I have considered myself a short-term missionary. Over the last several years I have been on anywhere from 2-4 short-term mission trips each year. I would often describe my situation to acquaintances by saying, “I work as a dentist so I can go serve on the mission field.” With the pandemic, however, I have had to redefine who I am, or at least who I thought I was. 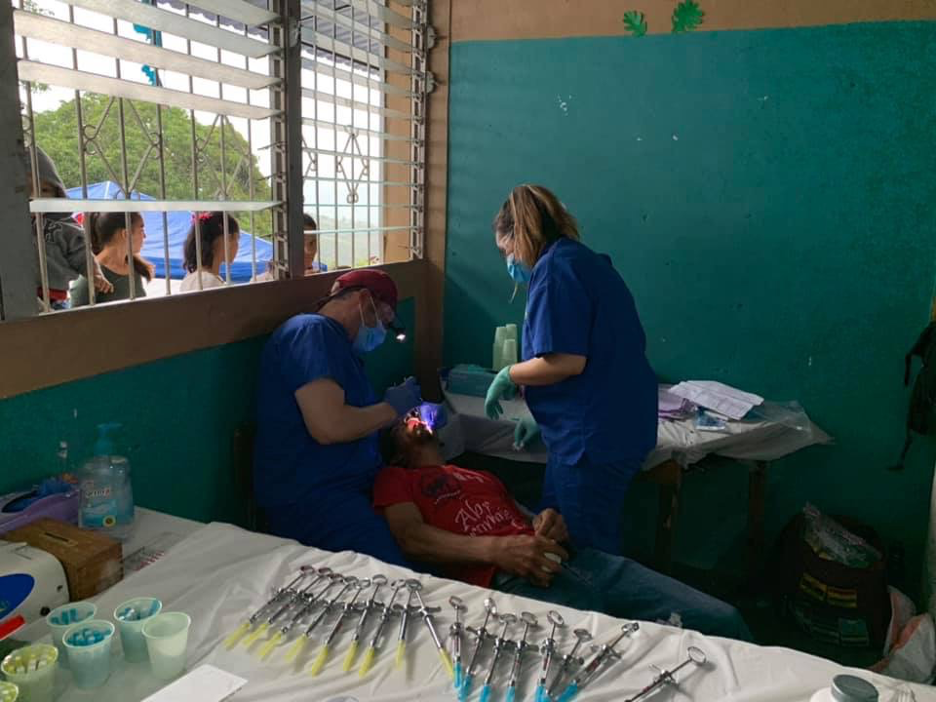 In Luke 9:23, Jesus tells his followers they “must deny themselves.” In this time of reflection, I have realized Jesus is calling his followers to be defined by who God says they are, not by what they do, even if what they do is a noble act for God (like being a short-term medical missionary). That distinction seems to be at the core of Jesus’s teaching. We must define ourselves by who God says we are, not by ANY external system. Now that I can’t go serve with my talents in Honduras, what do I do? Anyone who knows me knows I do not like to sit on the sidelines! I want to be “on the field” right in the middle of the action of bringing God’s Kingdom into this world, but I have had to face the hard question of what that looks like in light of the current situation. Until now, one of the main ways I have helped in bringing God’s Kingdom to Earth has been alleviating pain and infection from the poorest of the poor. As much as it hurts, I recognize I must deny myself and listen to the ways God may be calling our family to serve those same people from afar.

In the first three centuries after Christ’s death, the Roman Empire experienced outbreak of horrible diseases. These diseases left many dead, and great fear gripped the empire. In his book, “Rise of Christianity,” Rodney Stark attributes exponential growth in the Christian movement to the three major plagues which the Roman Empire suffered. Because of the way Christians denied themselves, put themselves in danger, and cared for the sick and destitute during these disease outbreaks, pagan Romans realized a difference in the Christian way. Those early Christians exemplified exactly what Jesus did on the cross; they demonstrated co-suffering love.

In this time of uncertainty, I am tempted to save all I can because we don’t know what tomorrow will bring. This is a practical thought, but I wonder…I wonder what it would look like for me and my family to act like those early Christians in the Roman Empire. I wonder what would happen if Honduras saw “Christians” like those at Mission UpReach continue to provide for others in a time of uncertainty and even increase their efforts. What if instead of saving for the uncertain future, I invested in God’s Kingdom work, even though I will have to do it from the “sidelines.”

Faith is a scary thing. It calls us to be uncomfortable and invest in things that don’t seem practical in this world, but it also leads to a wonderful encounter with God. I know from previous experience that when I step out in faith it is hard, but I ALWAYS experience growth in my relationship with God. I want to invite you to join me in using your gifts to participate in God’s Kingdom work both here in the States and also in Honduras. (Even if we have to be “benchwarmers” this year.)