Posted at 08:42h in Fundraising by eharbison 0 Comments
0 Likes

This is an economy that even in the best of times is considered to be a “third-world economy”. While sophisticated elites bristle at the use of the term “third world” it is still the most commonly understood descriptor of nations like Honduras. The Borgen Project defines the term this way, “As a society, the term “third world country” refers to countries with high mortality rates, especially infant mortality rates. They also have an unstable and inconsistent economy.” This is a very apt description of Honduras during normal times. 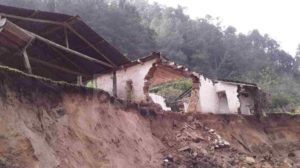 On top of the COVID19 pandemic having ravaged the country since March of this year, during the month of November Honduras was hit with two successive hurricanes. These came almost back-to-back and were then followed by a tropical depression that continued to “dump” even more water on the country. The first hurricane was ETA and was rated as a CAT.4 which was followed by Hurricane IOTA which was rated as a CAT.5 storm. The economic damage that these two storms wreaked on the country is unprecedented even topping the damage by the previous record-breaking storm of Hurricane Mitch back in October of 1998.

The damage to infrastructure and to the economy is estimated to be up to 3.5% of the GDP. If the US were to suffer this kind of damage it would be in the order of $719 Billion dollars. The true impact on the Honduras’ economy is much less than that of the US (more like $839 million dollars) however, percentage wise it is the same. Honestly, the US would be able to weather that kind of loss much easier than Honduras is going to be able to handle their loss. 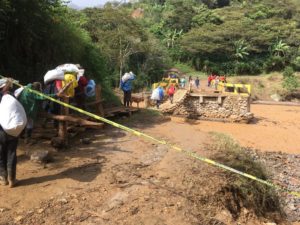 I have said all of the above to update you on two significant needs. At present, we are down to the last month of our Annual Year-End Fundraising Campaign that usually raises more than 50% of our entire operation budget for the year. In addition, in November, due to needs that have arisen to help some of the 3.5 million people affected by the hurricanes, MUR has set up a way for people to donate money so that our Moses Project can deliver free, whole (processed) chickens to those in need. This allows us to continue to pay our 125 employees, who are head of households, as well as help those who are in need of food.

We still need funds to reach our goal for our annual fundraising campaign. But we also need donations to help those who are in need. Please consider giving to one or both of these needs before December 31st. You will not find a better cause to help than one of these. The quickest way to give is to go to our website at: missionupreach.org