Posted at 10:14h in Current Events by eharbison 0 Comments
0 Likes 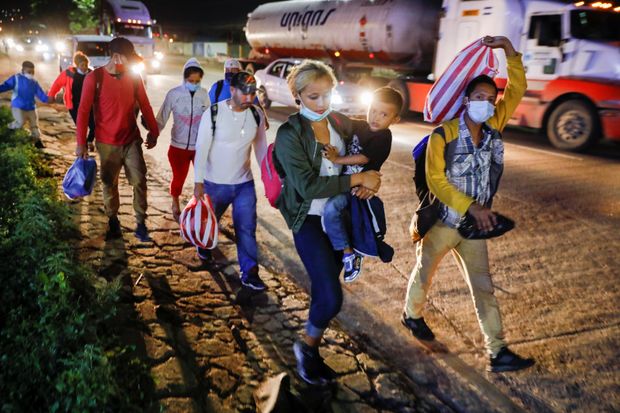 This month we want to continue to discuss and analyze various viewpoints of the very complicated and much nuanced issue of illegal immigration from the Northern Triangle (Honduras, El Salvador, and Guatemala) to the US. Why should we, who are in the business of ministry and missions, be concerned about this?

Well, for one thing, as stewards of resources that are donated to help others, we should be students of the problems that are motivating so many to abandon their families and homes in order to have a “better life.” That is, if we truly want to be able to help without hurting. When we spend money or give money we should have a high degree of confidence that what we spend our money on is really helping and not exacerbating the problem or just putting a “band aid” on it.

As students, we should educate ourselves on aspects of this crisis noted in peer-reviewed research. Did you know that the US Government has paid to do extensive research on Transnational Criminal Organizations (TCO’s) that use human trafficking, i.e., smuggling illegal aliens? These TCO’s use the revenue from human smuggling to finance their other criminal activities such as importing/smuggling drugs into the US along the same routes that they use to smuggle people.

You can read one such report at the following link: https://www.rand.org/content/dam/rand/pubs/research_reports/RR2800/RR2852/RAND_RR2852.pdf This detailed study states that in 2017 alone these criminal organizations earned an estimated income of $2.3B to $2.773B.  This money was paid by the individuals that hired a “coyote” service to get them from the Northern Triangle (NT) across the US border. Many of these individuals paid as much as $12,000 USD for this service.

This report also states that up to 2/3rds of all illegal immigration uses these types of “coyote” services. That means that up to 231,150 people paid this amount of money to these Criminals. Where do you suppose that these individuals get that kind of money to pay these fees? We know from being on the ground here in Western Honduras that these individuals often sell everything they have and borrow money from friends and relatives in order to get the required “coyote fee.” The Coyotes are businesspeople and offer their clients “great value for their money” by giving them up to three chances of crossing the border without having to pay additional fees if caught and turned back the first two times. 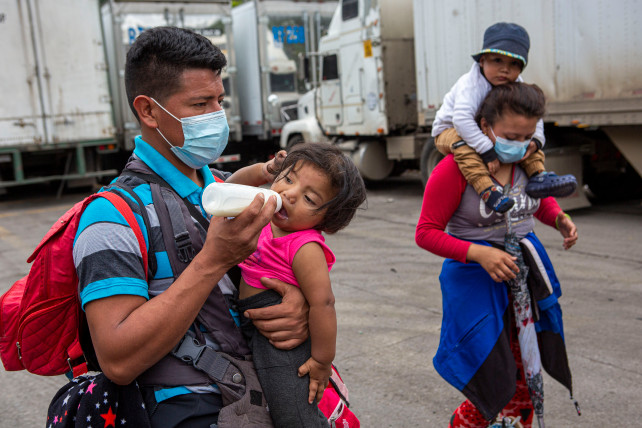 Additionally, as students that care deeply for those around us, we should listen to the personal stories of our community members. We personally have had people tell us of their neighbors who used Coyotes to obtain false papers including false birth certificates for children and vaccination records. In some cases, they have reported people “giving their children” to someone in order for them to cross into the US and claim asylum. The thought process seems to be “at least my child will have a better life.”

Another case of how some parents think, involves a woman that we know of who worked as a prostitute prior to traveling north to cross the border illegally. Her child was sick, and she had no money for the medical attention and treatments that the child needed. So she risked everything to travel to the US, making her way there the best that she could. When she arrived, she turned herself in and was separated from her child, but she told her family in a phone call back home that, “at least her child had medical care and food to eat.” Donna and I both wish we had known of this woman’s plight before she went to the US. We only learned about it much later from one of her relatives in Santa Rosa.

The space that I have to write about these motives and methods in this month’s newsletter is limited, but I want to point you to deeper consideration by ruminating on these questions before next month’s article: 1) Why do you think that the 545 children that President Joe Biden talked about during the final Presidential debate were not reunited with their parents at the border? 2) Is the illegal immigrant’s desire for a “better life” enough of a reason to justify that the US open its borders to any and all comers?

You should really consider watching the series by Lara Logan on the “Unsecure Agenda.” It is highly revealing and will inform you as to what is really going on at the border and the root causes of the southern border humanitarian crisis.